“It is all consecutive and interrelated.” - James Joyce

Crowdfunding project: Until October 15th, get an understandable reading of Finnegans Wake into Spanish! Annotated translation of Book I, chapter 1…

For US$45 or less: TWO books, hardcover, free delivery, and your credits at acknowledgments section!

For US$98 or less: FIVE books, hardcover, free delivery, and your credits at acknowledgments section!


“J.D. Victoria’s 2009 Spanish translation of the opening chapter uses the quite different title Estela de Finnegan… where the “wake” (estela) is in a maritime rather than a funreal sense. The term estela, however, has at least four separate implications in the context.” - Patrick O’Neill, Impossible Joyce: Finnegans Wakes 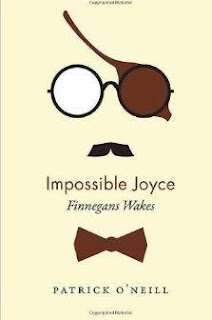 “Your Spanish version is great! It has exactly the rhythm of the original, which I think is the most important thing. Some nice creative touches, too... A delight to read.” - Eric Rosenbloom